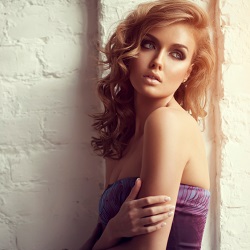 The congenital defects may occur in various areas of the body, including the sweat glands, teeth, hair, and nails. EDs are rare with an occurrence as low as 7 in 10,000 live births.

Although amastia, according to its definition, includes bilateral, there are only two reported cases of the same so far. The most common occurrence is unilateral, where one breast is missing. It appears as a pockmark.

Amastia can be corrected using two different approaches. It may be corrected by undergoing reconstruction using an implant or correction can be made with an expander. Whether you choose the reconstruction with implants method or the expander method, you you will have to talk to a doctor to find out if you’re a good candidate.

The one stage breast reconstruction procedure is similar to the traditional breast augmentation. During this procedure, there is no need to use a tissue expander before inserting implants. For this procedure, a twin incision is made on either side (bilateral) around the areola region.

An implant is then placed between the pectoralis major muscle after its dissection to create a sub-pectoral pocket. A drain tube is strategically placed at the bottom of the implant. After inserting the implant, a new mound of mammary gland is created along with inframammary folds.

The inframammary fold is created by placing the implants without a follow up of fixative sutures. To give the reconstructed area a natural look, skin from surrounding region is stretched over at the base of the implant. The incisions will then be closed through an intricate mesh of sub-dermal sutures.

In most cases of amastia correction a two stage procedure is adopted. This procedure is similar to the one done in breast reconstruction surgery followed by a mastectomy.

The reconstruction may be done through using an implant or through autologous flap creation. In both cases, an expander is used to stretch out the underlying tissue. Such procedures require two surgeries: one for the implantation of an expander and another to insert a permanent breast implant.

A breast tissue expander is a type of implant that can be inflated. Think of it as a balloon that is regularly filled with saline to facilitate its expansion. This device creates a pocket which can accommodate a permanent implant at a later stage. Once the implant is in place, a areola tattooing is done to make the reconstructed breast look as natural as possible.

In breast reconstruction of amastia, the two step procedure is used most commonly. Before undergoing any plastic surgery procedure, it is important for you to talk to an skilled doctor who has experience performing the procedure.